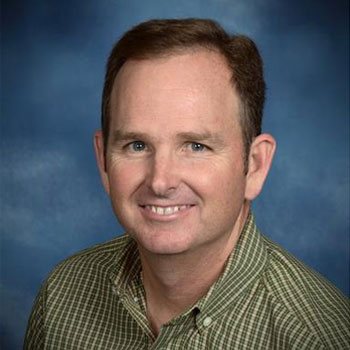 Drew Rickets, President of Rickets Fennell and Associates LLC, began his insurance career in 1987 upon graduating from Oklahoma State University. After working for Prudential Life Insurance Company in Oklahoma City, he spent six years with Federated Insurance Company as a direct writer in Lawton, Oklahoma. Wanting to be closer to home, he moved his family to Ardmore in 1994 and spent the next 20 years working as an independent agent with Jordan Insurance Group. In 2015 he joined Fennell and Associates Inc. and in 2016 became the owner and President. Since that time the agency has undergone a name change to Rickets Fennell & Associates LLC.

Drew is involved with the local community as a Rotarian having served as president of that organization, the Ardmore Chamber of Commerce as a recipient of the Ambassador of the Year award and also as a member of the local YMCA board serving as president three times.

Drew focuses are commercial insurance, contract bonding, and employee benefits. Earning and maintaining the designation of Certified Insurance Counselor is an important part of his mission to provide quality insurance products to the clients of Rickets Fennell and Associates LLC. Drew lives in Ardmore, Oklahoma with his wife, Carol. They have three children and two grandchildren. In his spare time Drew likes to raise cattle, run and hunt.